When I was 16 years old I started playing the drums and was a member of several bands. I financed my studies of communications engineering through gigs with a cover band. It was then when I also started playing the guitar. Folk music was at its peak and guitarists like Werner Lämmerhirt, John Renbourn, Bert Jansch and many more were role models who managed to fill halls at the time. I began replaying fingerstyle guitar pieces and mostly without the help of notes or tabs I taught myself to play a few songs. The instrument of my choice was a nylonstring guitar.

ed to quit my work as an engineer and use my savings to travel. I didn’t get very far and set up shop on the Greek island Crete. I spent three years there and in Rhodes and dedicated myself more intensively to playing the guitar. I also wrote my first guitar compositions during that time. 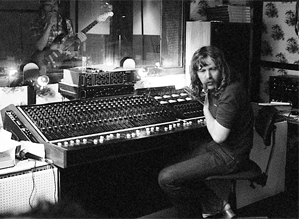 d the opportunity to work as a sound engineer in a friend’s recording studio in Wiesbaden. In the studio we recorded everything from pop to classical music including also several children’s audio dramas and I was able to release a couple of compositions as theme or film music. In the 80s I moved to the countryside, became a father of three children and earned my living mainly by programming computer software. During this time I let playing the guitar slide a little.

the acoustic guitar or small acoustic ensembles.
Many of those songs have been released on guitar samplers by labels such as Zyx, Delta and Edel. Ideas for new compositions come to me while tr 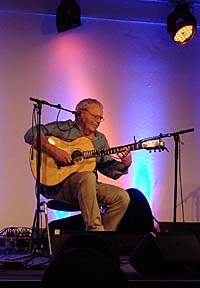 avelling or in other places of calm.

I play about three to four solo concerts per year and apart from that I upload most of my new songs to YouTube.

1 thought on “About the Artist”