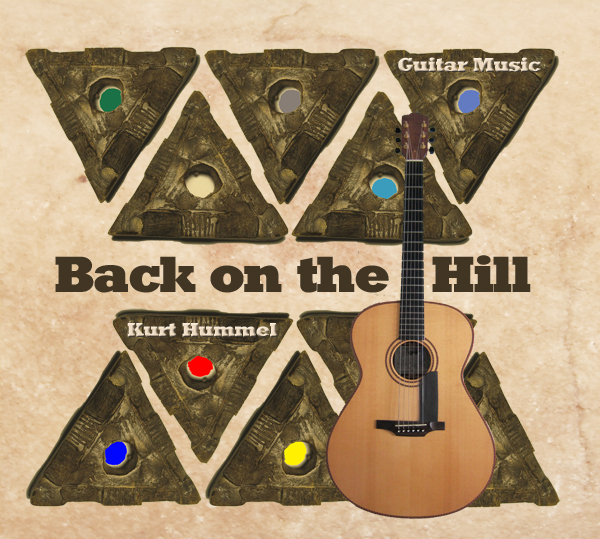 This new CD features 21 – mostly unreleased (except for YouTube) – solo guitar pieces. With the exception of a few tracks, the pieces are new compositions from the past few years.
The CD comes with a 12-page booklet with background information on the compositions and pictures. Except for one piece, all are played on the steel string guitar. Only “Mariage des Quatre Valses” was recorded on the classical guitar. Several of the pieces are written to be played with a variety of different partial capos.
If you are interested in the CD please contact me via e-mail by clicking here. 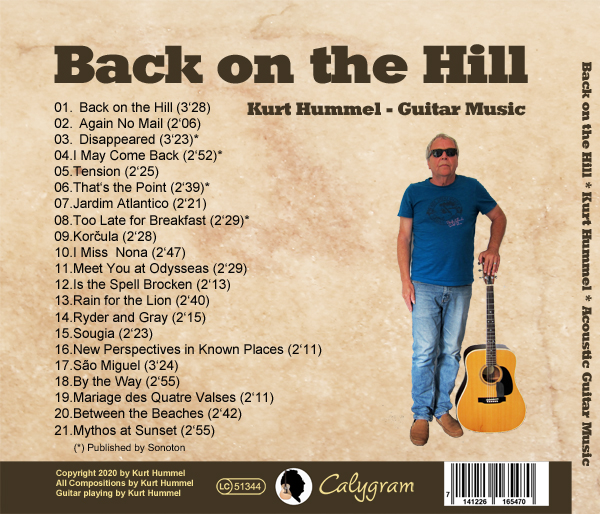 This guitar piece is an improvisation on a subject and describes a certain mood. “Mythos” is the name of a Greek beer. The video recordings of the sunset were taken during autumn of one of the last years on the south coast of Crete. It is a very special feeling in “Taverna Odysseas” (the ones who know it, know where to find it) to open the fridge, take out a beer and then experience the sunset with (mostly) fitting music. I hope I managed to capture it to some extent!

A new composition for guitar, played in the standard tuning with capo in the second fret. This piece was made at home in Allendorf at the beginning of 2020 and is inspired by the longing for summer and the sea.
I have already put the piece down in notes and Tabs, which you can find as a PDF download under the „TABs“ section.

My travel companion during the last years has been the travel guitar “Little Jane” by Furch. This summer, I saw a short article in a guitar magazine about an American manufacturer that sells travel guitars as well and produces them in China. The travel guitar I was looking at is the company’s largest model and significantly larger than the Furch guitar. It has a
65 cm scale and the neck is almost 45 mm wide – exactly what I had been looking for.

I was able to find a seller in Germany and ordered the “Journey Instruments FF412C”. The body of the guitar is just under 40 cm wide and 50 cm long without the neck. Taking off the neck is easy to do. On its widest point the guitar has a depth of 13 cm. So this model comes very close to a full-size guitar which is also reflected in its sound – it is not overly loud though. The soundboard is made from solid Sitka spruce and the back and sides are sapele mahagony. The guitar ist comfortable to play. Unlike the Furch model, the detachable neck is in one piece. The neck itself has a length of 57 cm. The problem with this guitar when it comes to travelling is the size of the back pack that it comes with.

All three measurements of the backpack surpass the airlines’ standards for carry-on luggage. In order to check it in as a regular luggage item the back pack is not suitable either since it doesn’t provide sufficient protection for the guitar. Also, this defeats the purpose of taking a travel guitar in my opinion. I have already had an issue with the size of the guitar on a Eurowings flight. After a lengthy discussion the staff allowed me to “one time only” take the guitar on board with me as a carry-on (on my flight back with the same airline I had no issues).
In order to prevent incidents like this in the future I will have a new bag made for the guitar that stays within the allowed measurements for carry-on luggage – perhaps I will also transport the neck in my checked luggage.

After a little while, I have gone back to writing a new composition for the classical (nylon string) guitar. The piece combines several short waltzes – four to be exact – some of which I had already written sometime ago. It is fun to play the classical guitar again for a change.
I have already put the piece down in notes and Tabs, which you can find as a PDF download under the „TABs“ section.

After a longer break I have now finished a new composition. I had had the theme in my head for a while, but the piece needed some time before it took its final form. Now it is finished, but I have to admit that it didn’t turn out very long and the sound is a little old-fashioned.
I have already put the piece down in notes and Tabs, which you can find as a PDF download under the „TABs“ section. 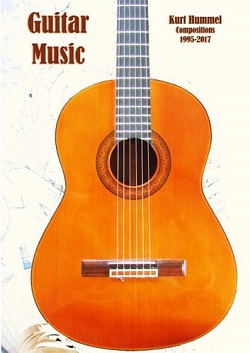 The book has 326 Pages (DIN A4),  contains 56  compositions (notation and tabs) and  a lot of  information  (with pictures) in English and German.

It took a while before I decided to notate all the guitar compositions – with just a few exceptions – that I had written between 1995 and 2017. First and foremost, I wanted to make sure I wouldn’t forget some of the songs altogether after not having played them for a while. Also, I upload most of my songs on YouTube and viewers often ask me for notes or Tabs. I have already published tabs for a few of my pieces on this website. I still am not able to play at sight and still have trouble with standard notation. I put down my songs as tablatures and used a notation software (TablEdit) to transfer them into standard notation. One of the advantages of this method was that I could use the playback function to listen to the notation. Most of the time, what I heard wasn’t what I actually played and wanted to notate and the initial versions required a lot of editing. Most of the songs are accompanied by a few words about the process of their composition, the idea behind them and where they have been released, and in some cases I have also included pictures.

Sometimes, you discover new visual or social perspectives in places that you have been to many times and that you thought you knew well. This experience inspired the composition of “New Perspectives in Known Places” in autumn 2017. I have already put the piece down in notes and Tabs, which you can find as a PDF download under the „TABs“ section.

When I was about to leave for a trip I used to always go back and forth on which guitar to bring. I was torn between ‘if that one breaks it would be a pity’ and ‘maybe this one’s sound isn’t good enough.’ Now I have a travel guitar to take with me on vacation that can be disassembled and taken on a plane as carry-on luggage but is a little smaller than my other guitars. Before even leaving for my trip I start feeling that I won’t be able to be creative on such a small guitar – which is very important to me since I compose most of my pieces while travelling. I downright say goodbye to my full size guitars before leaving and a little bit later I arrive at my destination, assemble my travel guitar and start playing. 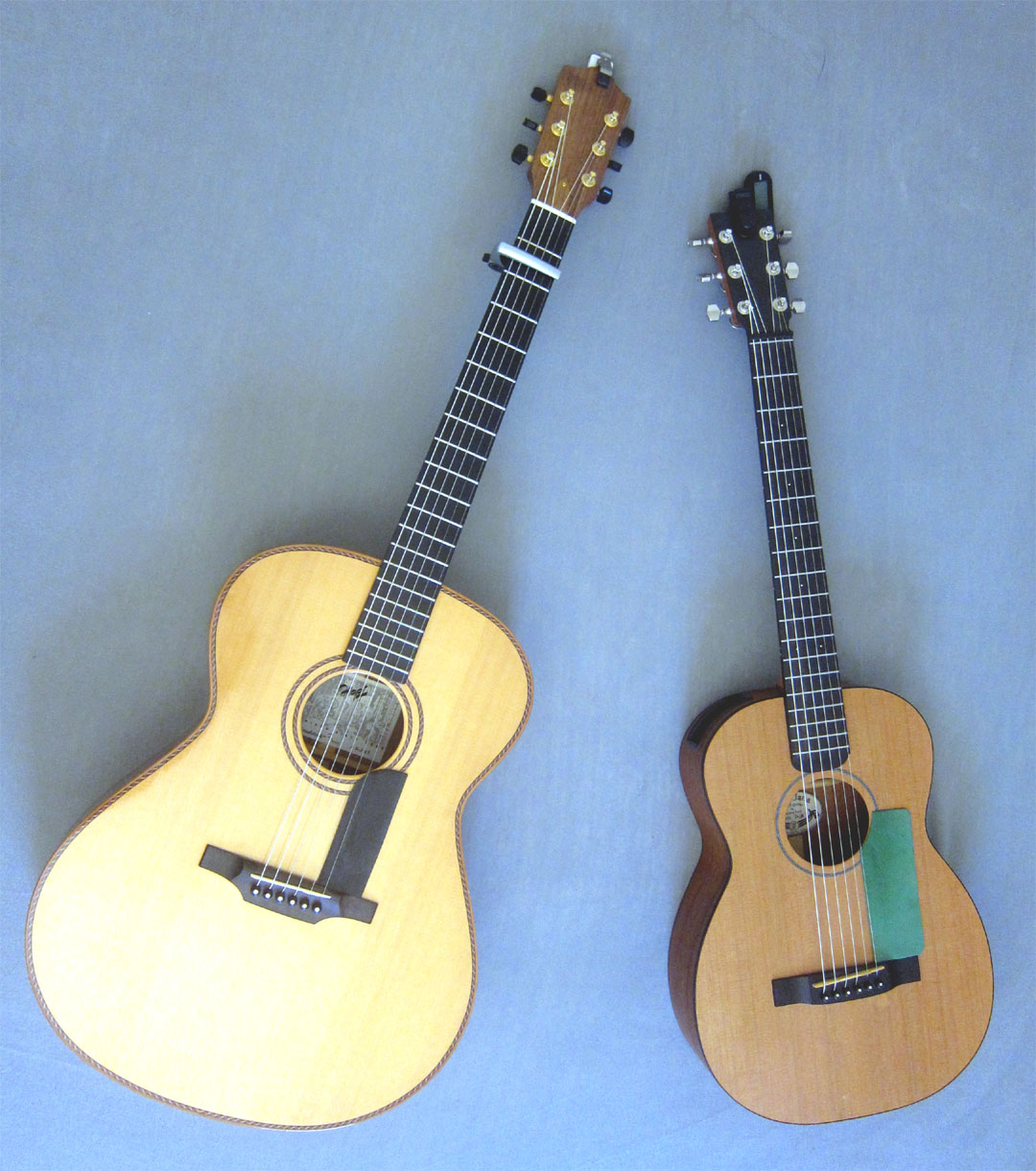 The sound is a little thin, it doesn’t sound good, it doesn’t feel right playing it and the creativity just doesn’t set in. But I keep on playing and with time I start really liking the instrument, almost loving it and I start hearing its unique sound. Usually, I write one to two pieces during a trip and I often think ‘Wow, I can’t wait to play them on my ‘good, full size’ guitar.’ Back home, I play the new songs on one of my ‘good, full size’ guitars and it turns out they don’t sound even a little bit like I remember them sounding on my travel guitar. Sometimes they even sound strange and bad. So I take out my travel guitar at home and play the piece again – now it sounds better, but still not the way it sounded when I played it on my trip. But once I record both guitars using a mic the travel guitar sounds inferior again.
What’s behind this dynamic between me, my travel guitar, my ‘good, full size’ guitars, my mood at home, and my mood on the road? I am still trying to figure that out – once I know more I will let you know (even though I am not so sure that there is a solution).